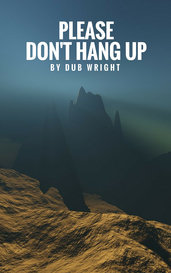 A team from an outer space society notifies authorities of their immediate arrival. Christian emphasis A war in the out reaches of the galaxy is brought to earth when a bio mechanical alienation d...

A Reason for MO

3rd. book in the series. 11th Century writing are stolen. Jackson and Anita Forbes are sent to recover the treasure Jackson Forbes and his wife Anita are sent in search of a collection of 11th. Ce...

This story is one that might have been told by the voice of an elder story teller. The color of the descriptions and narration would make Savatore envious. And the voice of such writers as Miller and others comes through in the dialog. With work, this epic is publishable. Find a nit-picking editor after a good rewrite. A continuity flaw in the second chapter, a number of typos and a few minor mechanical errors are easily fixable. The abundance of descriptive prose can only be fixed by a wholesale examination of how the story should be told. The old "show me, don't tell me" saying is perhaps truest in this work. Some minor sub plots seemed to take over. The story bogs down with the lengthy philosophy discussions. Action speaks much stronger than the philosophical diatribe of characters. Watch word choices, be careful about common phases. Be ever so cautious introducing new primary characters late in the story. Not everyone needs a name. And, watch for redundant phases or words. An enjoyable read, think about tightening it up.