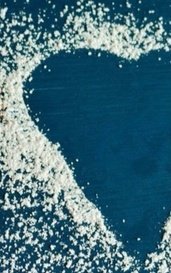 Can Emily live through this small university campus with her husband by her side, or does she finds a younger man to take away her pain. Emily and Matt were considered the perfect couple from the U... 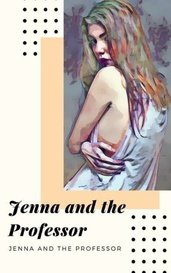 Jenna and the Professor

Jenna has to get an A to stay in school. Will she accept the offer her Professor will give her for the A. Or will she quit school because she didn't want to sleep with him? Jenna was a student who ...

A little too fast yet too long

The Prologue of the story was very confusing at first. It was too much of a heavy read for me. (I don't like to think sometimes :) ) So I started reading Chapter 1 and I was like, oh maybe I should pay attention. So I got a little turned off after I read it over. I was thinking I was going to have to think for a romance novel? But I moved on, and I got really into it. The concept right off is really cool. Now the author tagged it as Sci-fi but it was mentioned first off and gave how the future holds and how the characters are dealing with it. I really found it really interesting how that worked out.
I really like how the female character (Layla) was really strong, yet was pulled down from her society (which I guess the sci-fi comes in.) Her connection with her family, and the futuristic world is fantastic. No aliens or such I was happy about. I felt it would distract from the story.
My only problem was the the "romance" between her and prince charming (Adonis). I felt it was a little too soon for him to fall in love with her. Since I was obsessed with Hallmark Christmas movies this year, I felt that it was stupid that one of the main characters say "I love you" in the last 2 minutes of the movie, just so they could fit it in before the end. I felt I needed to see more of both of them catching that moment of when they felt love. I know he explains it later, but it still feels forced.
In my opinion, I felt the story dragged after awhile. And then all of the sudden it was done. I understand why some of the sections were there, but maybe some chapters of the boat could have been omitted.
But after reading other reviews, the scenes with rape were light, but still some people might have a problem with it. I felt you did the best you could with making it non-descriptive. It is a touchy subject.

All in all, I thought it was good. There were a couple times I did see some quotations instead of commas, and other minor punctuation. I'm not a stickler. But maybe a little more of Adonis making her fall in love with him. Not just having him tell her in the first couple chapters. I guess I would pay a little more attention the romance side to label it a romance. It's really written well. But for me, I wouldn't really claim it a romance in my eyes.